I can be reached at - Tuckersdad@sbcglobal.net

I'm a vocalist & guitarist, based in Southern California.... I've been fortunate to play a couple thousand gigs at the very best venues, played with many of the best musicians in the world, toured several countries, had many great adventures. I play acoustic & electric guitars, ukulele, keyboards, bass & percussion. I've written music for Sony & AudioSource, scored  independent feature films & documentaries, TV commercials, even a series of films produced for the California school systems, based on John Steinbeck's short stories.

I was born in Akron, Ohio, although I've lived in California for most of my life. I married the beautiful girl next door, and we're the proud parents of a fine son, who's much smarter and better looking than his old man.... He just starting his fourth year of College in August, so I'm a proud Dad. I'm thankful for my loving family and my circle of good friends. I'm also thankful to be making music & singing for my supper. It gives us joy & heals our pain.

I've helped my clients to celebrate every conceivable occasion, from an intimate private wedding or Birthday party to corporate events for 3000 guests, or 4th Of July events for 60,000 people. Depending on the musical preferences of my clients, I can cover a lot of diverse musical territory. If the event has a wide mix of age groups, I'll play music from the 1960's to 2019. Sometimes the evening is all new songs, sometimes it's 70's & 80's music, depending on who's attending... I encourage my clients to "cherry-pick" my song list, and suggest a special new song for me to learn.

Although I'm based near Los Angeles, my work often involves travel - In the last 8 years, I've played over 1200 gigs worldwide, from New York City to Vancouver, Kauai to Las Vegas.... Planes, trains & automobiles are no problem for me. I try to keep my travel costs as reasonable as possible. Let's discuss your event, I'm sure we can work together.

For Brides, I'll play just about anything, including traditional instrumental versions of "Pachelbels Canon in D" or "The Wedding March", "Over The Rainbow" on a ukelele, or whatever your favorite song might be...  For recent Brides, I've learned such songs as "Thinking Out Loud" & "Tenarife Sea" by Ed Sheeran, "Marry Me" by Train, "All Of Me" by John Legend, "On Top Of The World" by Imagine Dragons, "Your One & Only" by Adele, "Just The Way You Are" by Bruno Mars, "Truly Madly Deeply" by Savage Garden, "The Book Of Love" by Peter Gabriel, "You & Me" by Lifehouse, "You & Me" by Dave Matthews, "Then" by Brad Paisley, "I Need You" by Leann Rimes, "Without You" by Keith Urban, "Romeo & Juliet" by Dire Straits, "Open Arms" by Journey, "You Make It Real" by James Morrison, "At Last" by Etta James, I'm learning songs every single day....

Although most of my work is guitar & vocals, I can play about 2 hours of purely instrumental music, if needed - These are all contemporary songs, beautiful recognizable melodies by The Beatles, Jason Mraz, U2, Sting, Coldplay, Rascal Flatts, Peter Gabriel, Black Crows, Bob Marley, Train & others ..... Perfect as contemporary background music for a great celebration.... If you're looking for beautiful instrumental music, but you don't necessarily want Classical music, this might be the perfect solution... 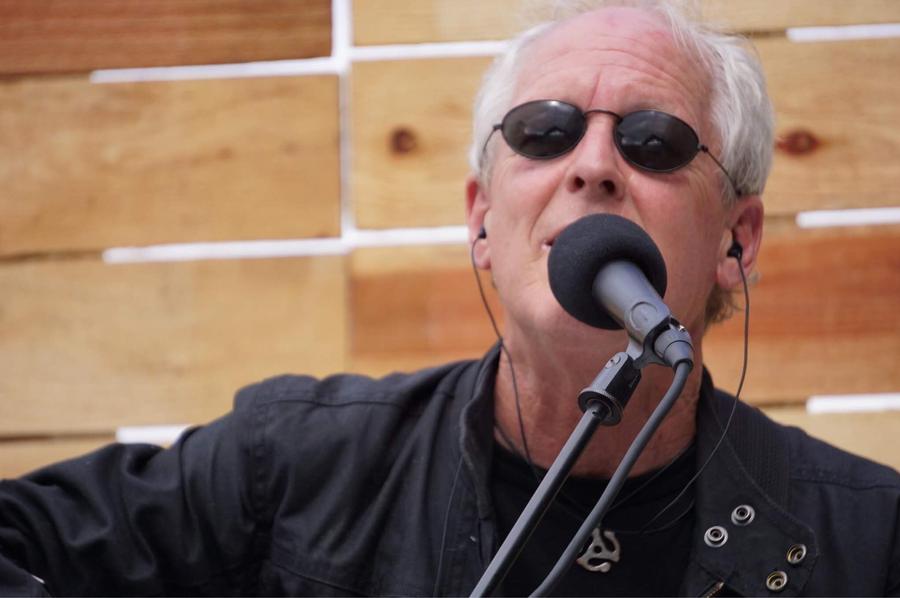 Just a Little information for you....

Greetings !  Wishing you peace in your heart, in your home, in your town, in your world... I hope you're all safe & healthy during this difficult time. No worries about rescheduling your upcoming events... I'm working with all of my clients & planners to reschedule events whenever necessary.  Be safe, be happy, take care of each other.

Thanks for taking the time to visit my little website ! Please take a look around..... You'll hear a few recent music tracks on each of these pages, accessible through the "tabs" above..... You'll also see a current song list, an updated event schedule, recent client reviews & and lots of useful information related to my musical adventures.

I'm now ordained to officiate weddings in California, so it would be my pleasure to also perform the ceremony if you'd like.... It's a Love Thing....

It's a beautiful Wednesday, August 12th in Southern California. For a few months, we've all been taking a collective pause, and slowly but surely "The Dog Gone 2020 Tour" is cruising down the road again, carefully.... with over 80 events booked for 2020 so far.  Right now, I'm booking micro-events from now thru 2021, playing lots of Facebook Live & Zoom "Couch Concerts", doing On-Line guitar & vocal lessons & learning lots of great new songs. I am currently available for small, outdoor private "Socially Distant" events & Micro-Weddings in the Western U.S..

I just received the kindest note from an Event Producer who hires me for these huge Purina & Paramount Corporate events 8 times in the last 5 years. He wrote  "Chris, as always, you're a pleasure to have at our events. You receive more great comments than any performer I've booked over decades of producing". We just did another event together a couple months ago in Beverly Hills.

I'm very thankful to be endorsed by Taylor Guitars & KLH Headphones & to play Taylor Guitars at every gig & recording session...  Most of my work is solo guitar, ukulele & vocals... I'm also available as a Duo with an incredible second guitarist, or a Trio with a second guitarist & one of the finest drummers in the world... The Duo & Trio is acoustic/electric, and perfect for receptions & dancing.

One thing I should mention right away.... Yes, I've got a busy schedule, and Yes, I can give you & your event the attention you need & deserve. Here's how we'll do it together.... Today we start a dialogue, however you prefer to communicate. I spend weekdays on the phone & emails with my clients, discussing & updating the musical ingredients of their event - Each event's specific details are kept on a single sheet of paper, updated constantly, and I have an email thread of our correspondence to review for detailed confirmation - As we get about 2 weeks away from your event, I'll be rehearsing your specific songs & we'll touch base often to make sure we've got the musical & logistical details completed - Unless I'm driving, singing or sleeping, I'll do my very best to instantly return your emails & phone messages. Any delay in return correspondence is due to those 3 reasons... I'll arrive at your event at least an hour before my start-time, properly prepared, properly attired & properly equipped for any size or type of venue, including locations without AC power. I bring multiple set-ups, to accommodate multiple locations & I'll set them up beforehand, to insure smooth transitions throughout your evening. I'll play the right songs at the right time, at the right volume. It's a celebration for you & your closest friends. The proper music should reflect the joyous feeling in the room, and help your guests to enjoy each other's company..... That's what I promise to do for you.

It's wonderful how each event requires different music and a unique focus for each celebration, no two are alike.... Last week's musical task was a perfect example - I was sitting here learning "Sunrise, Sunset" from Fiddler On The Roof, while at the same time, I'm polishing up three 80's "power ballads" by Van Halen& Alice In Chains for a beach wedding the day before... ya gotta laugh.... Last month it was Ed Sheeran & Lady Antebellum... For October's gig in Hawaii, they requested music by Allison Krauss, Train, Bob Marley & Richard Marx.....  Recently, it was The Zac Brown Band, 2 instrumental Journey songs & a Justin Biebertune - An odd combination, but it was all perfect. The Bride cried when she thanked me at the end of the evening..... Another party also required some Lumineers, Mumford & Sons, and Incubustunes, so it's a wide world of favorite songs.....

I just won Gigmasters "Best Of 2019" Award, for the 5th consecutive year, for my 100% 5-Star Client Reviews & being the #1 Acoustic Guitarist in California for 2019. Thank You, GM for all the great work & musical adventures.

Why I love my job, reason #100.... last August 10th was my 100th event of last year, and I received this note in the mail from the client - " Dear Christopher - We are so blessed to possess a lifetime of phenomenal memories of this day. We cannot thank you enough for sharing your soothing & remarkable voice, and extensive repertoire of songs. Your composure & calmness was perfect from the moment you arrived. We are so grateful for your willingness to include a personal request during the evening. Thank you for making this day so enjoyable ".

who what when where why ? 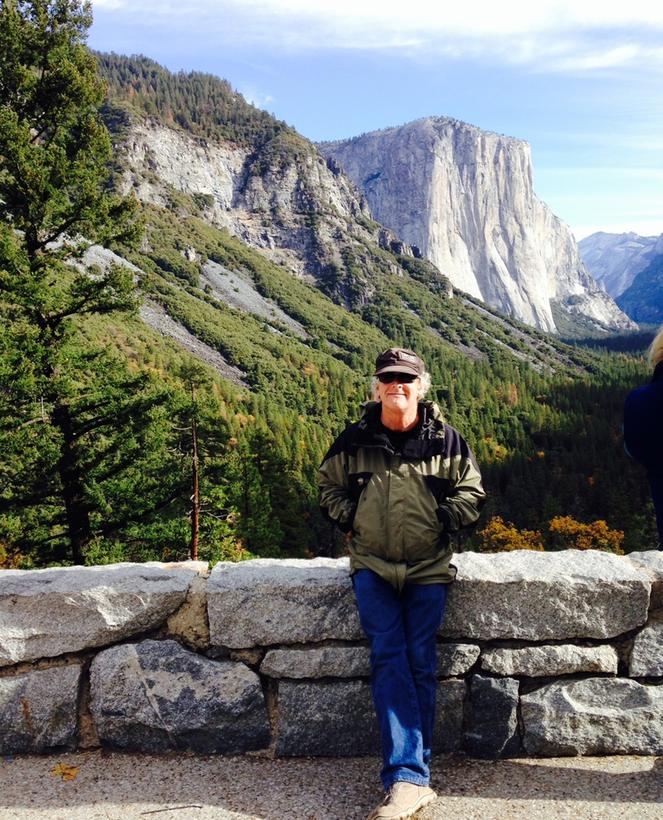 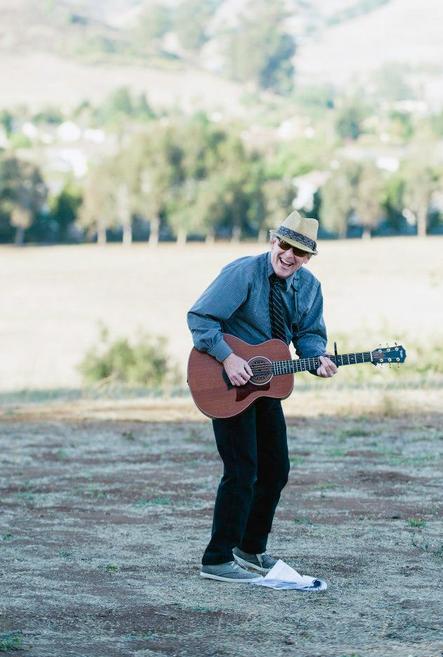 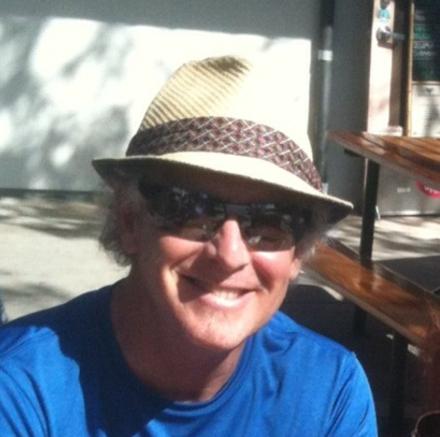